A hub for culture and tech, Chennai houses our second location in India

Our state-of-the-art Chennai facility opened its doors in October of 2017. Located in Sholinganallur, the Tech Hub of Southern India, it is home to some of the best artists from across south India and is fast growing in numbers.

Chennai is DNEG’s second facility in India and home to an abundance of talented artists, predominantly from Chennai and neighbouring cities. New artists, eager to learn and develop their skills, work side-by-side with seasoned professionals who share their knowledge and best practices to help create outstanding VFX work. Enthusiasm resonates throughout the facility. Chennai, formerly known as Madras, is the capital of the Indian state of Tamil Nadu.

Located on the Coromandel Coast off the Bay of Bengal, Chennai is one of the biggest cultural, economic and educational centres in South India. It is also the fifth-largest city and fourth-most populous urban centre in India.

Chennai sets itself apart on many levels. It was voted one of the safest Indian cities to live in and, in 2003, was ranked No. 1 nationally for its health facilities. It is the birth place of South Indian cinema and the main city in the south for post-production work. On the one hand, Chennai is the cultural capital of India, and on the other hand, it houses the largest IT Park in Asia.

Although the majority of residents in the city are native Tamilians and descendants of settlers from different parts of Tamil Nadu, Chennai also has a growing expatriate population, notably from the United States, Europe and East Asia. In Production
The School for Good and Evil
Dir. Paul Feig Read more 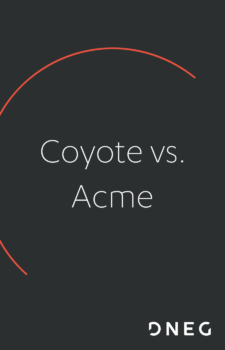 In Production
No One Will Save You
Dir. Brian Duffield Read more